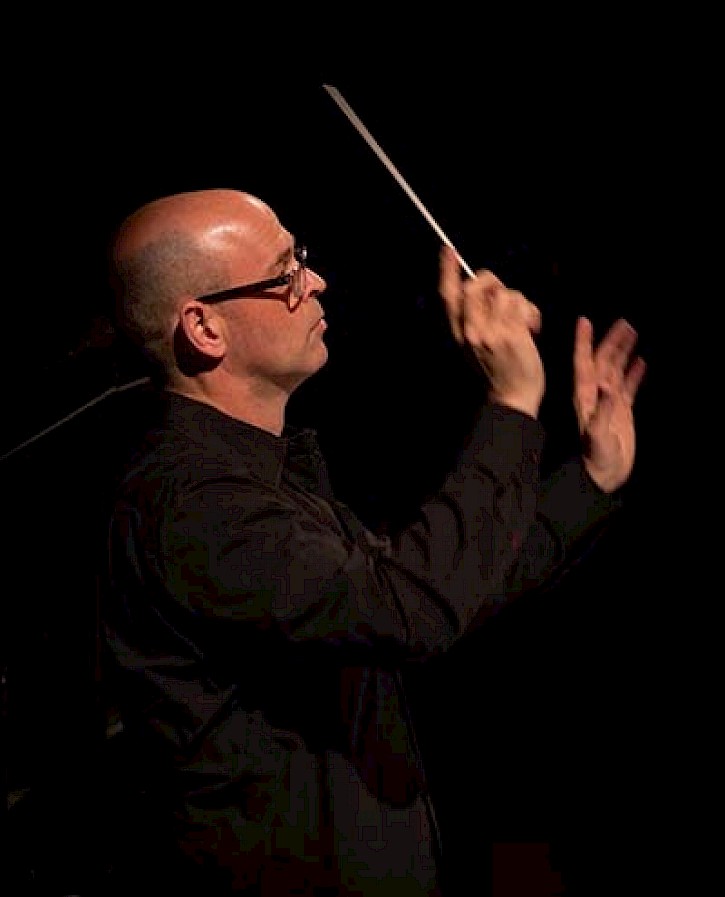 Boston Modern Orchestra Project (BMOP) has released a new recording of Thomson’s celebrated first opera Four Saints in Three Acts, with a libretto by Gertrude Stein, on their BMOP/Sound label. Artistic Director Gil Rose, in photo, conducts this luminous first recording of the recently-published critical edition of the score.

This hallmark of American modernism was a sensation upon its 1934 premiere in Hartford, CT. Featuring an all-black cast, superb choreography, whimsical sets, and a quasi-absurdist quasi-plot loosely based on the legendary figures of Saint Teresa of Avila and Saint Ignatius of Loyola, Four Saints was an opera about the unadulterated joy of music and words. Included as a bonus track is Capital Capitals, a rapid-fire showpiece for four male singers and piano juggling musical figures and puns at lightning speed.