Recordings of Thomson works to be released during 2018-19 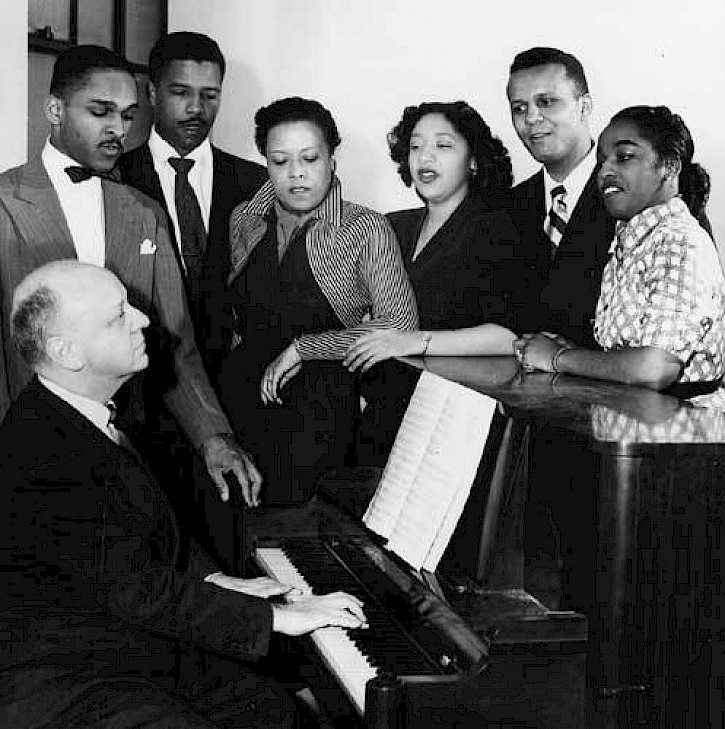 Three two-disk albums of Virgil Thomson’s music are scheduled to be released during the 2018-2019 season on Everbest Music and Media, the Virgil Thomson Foundation’s record label. These exciting recordings feature performances by Anthony Tommasini, Craig Rutenberg, and Monadnock Music, among others.

Three two-disk albums of Virgil Thomson’s music are scheduled to be released during the 2018-2019 season on Everbest Music and Media, the Virgil Thomson Foundation’s record label. These exciting recordings feature performances by Anthony Tommasini, Craig Rutenberg, and Monadnock Music, among others.

Anthony Tommasini, pianist, author and music critic, knew Virgil Thomson for the last ten years of the composer’s life. Mr. Tommasini’s 1990s recordings of Thomson’s works on the Northeastern Records label featured stellar performances by Mr. Tommasini and musical colleagues, among them distinguished vocalists Sanford Sylvan, D’Anna Fortunato, and Nancy Armstrong. Everbest Music and Media will reissue a two-CD set combining two of Mr. Tommasini’s acclaimed recordings, Mostly About Love and Portraits and Self Portraits. Mostly About Love is a rich collection of Thomson’s vocal works. Portraits and Self Portraits features Thomson’s musical portraits, which the composer penned spontaneously in the presence of his subject, in the same way a painter would work.

Pianist Craig Rutenberg was also a colleague and friend of Mr. Thomson for many years. Everbest Music and Media will release a two-CD set of the largest number of Thomson's exceptional piano portraits ever recorded by one artist. The set also includes excerpts from the piano solo versions of The Plow that Broke the Plains, the ballet Filling Station, and the early, captivating Two Sentimental Tangos. Among the portraits included are those of Pablo Picasso, Aaron Copland, Lou Harrison, Florine Stettheimer, Dora Maar, and John Houseman.

Monadnock Music undertook a complete survey of the chamber music by Virgil Thomson as part of the 2013 Monadnock Music Festival. These works were performed over the seven weeks of the festival, and in the fall of that year were recorded in the studios of WGBH Boston. Many of the tracks on the two-CD set are premiere recordings. The festival’s artistic director, conductor Gil Rose, supervised the recording and editing. Works include Stabat Mater for soprano and chamber ensemble, Barcarolle for Woodwinds, and Four Songs to the Poems of Thomas Campion featuring mezzo-soprano Krista River.

Other Minds of San Francisco has produced a reissue of Columbia Records’ early 50s recordings of Thomson’s music along with the works of four of his protégé critics from his New York Herald Tribune days: Lou Harrison, Peggy Glanville-Hicks, John Cage, and Paul Bowles. Entitled The New York Herald Tribune Composers, the recording is to be released by Naxos.